The story in Resident Evil: Code Veronica X HD picks up three months after the events of Resident Evil 2. After escaping the zombie-ridden Raccoon City, heroine Claire Redfield breaks into a secret facility in Paris, searching for her missing brother Chris. 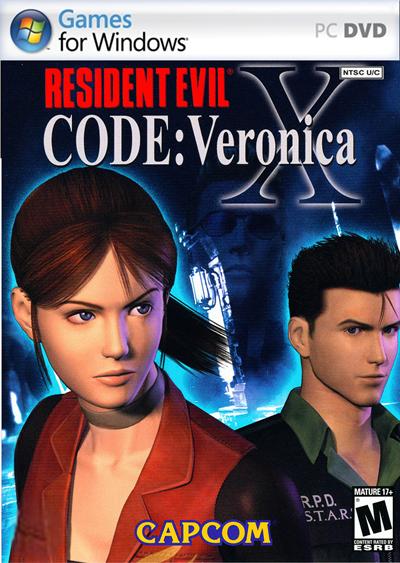 Unfortunately, Claire is quickly discovered by the Umbrella corporation guards at the facility, who capture her and take her to a prison on the small Rockfort Island. At the start of the game, Claire is released from her cell by an Umbrella guard after the prison is overrun by zombies. Left to fend for herself, Claire must escape the island and find her brother before it's too late. In comparison to other Resident Evil games, Code: Veronica X HD offers a similarly paced and at times silly story, but one with great characters and some surprisingly scary moments. As the true intended sequel to Resident Evil 2, there are some pretty big story moments in Code: Veronica X that you'll have to see to believe.

In signature Resident Evil style, Code: Veronica X HD offers a mixture of slow-paced third-person shooting, combined with various puzzles and inventory management. During the game, you get to play as both Claire and Chris Redfield, although both characters function mostly the same. Code: Veronica X utilizes the classic “tank” controls seen in other early Resident Evil games, which can be clunky and take a while to get used to. Since you start with no gun or healing items, you'll have to search your environment, looking for ammo, weapons, and other items of interest.

Your path forward is often blocked by locked doors or obstacles, many of which can be overcome by finding the correct item. For example, an early gate in the game requires you to find an emblem, which must be inserted into the gate to continue. In order to collect the emblem, you must first discover a fire extinguisher, then use it on a nearby burning car to find an important item. Many puzzles have you running back and forth through the zombie-packed areas, forcing you to evade or kill any enemy. However, ammo is often very scarce, so you'll have to be strategic when deciding how and when to use lethal force. The tense combat and multi-step puzzles make up the bulk of the experience, with players discovering various areas as they progress the story.

When compared to other early Resident Evil games, Code: Veronica X HD is another frightening and intense experience. Every enemy, whether a classic zombie or grotesque boss, feels incredibly intimidating due to the lack of resources. Infrequent save points and scarce ammo makes each step feel dangerous, offering an anxiety-inducing adventure that will get your heartbeat racing.

While it's not perfect, and suffers from some outdated gameplay mechanics, Resident Evil: Code Veronica X HD is still a great time for any fan of horror games.