While it was mighty impressive back in 2004, GTA San Andreas has not aged so well.

It still plays like a charm, sure, but it no longer looks all that good.

Instead of waiting for a proper remaster that may never get released(unless the GTA Online money suddenly dries up), we’ve got some dedicated hard-working fans that took it upon themselves to improve the San Andreas visuals to make the game look good again.

These fans are not just simple modders: they’re the saviors of the Grand Theft Auto universe, delivering us from the evil of low-detail models, plane skyboxes, and ancient aspect ratios. Let us praise them.

This HD Weapons mod makes these options look better than ever, while keeping their deadliness intact.

The pack includes brand new models for all of the game’s weapons, which will make all your hits and gang shootouts a sight to behold. Unless you’re on the other side of a beautifully updated HD gun, that is.

Don’t you hate how badly vegetation looks in San Andreas? I know I did.

Before I installed the Insanity Vegetation mod, life was just a bit more dull.

Never before has Los Santos looked so luscious, thanks to Insanity Vegitation that improves the look of pretty much every plant texture in the game.

Insanity Vegetation will not make San Andreas look as good as Grand Theft Auto V in 4K resolution. But the improvements are definitely noticeable.

Going too fast is always dangerous, both in real life and in SA.

Mostly because you’ll encounter some pretty bad glitches that are sure to ruin your playthrough. Well not anymore, with the Memory Update.

This mod is extremely straightforward, allowing for massive visual improvements with just a small tweak.

By allowing the game to use more memory, it’s possible to increase the drawing distance, which will make world feel much bigger. And increase the number of loadable objects too.

So you won’t have to deal with cars and pedestrians spawning right at the last minute as you speed down Broadway.

The lack of clouds made for a very unrealistic experience that ruined immersion way more than all the glitches we’ve ever faced.

Shadows, sadly, are not impacted by the new skybox. That would require a humongous amount of work.

But this mod is more than enough to make the game more pleasing to the eye, especially when you’re taking it into the sky!

With character models, weapons, and even streets getting their needed improvements, we really couldn’t leave out the one true feature that separates GTA from other open-world games: cars.

Despite there being countless car mods that bring real-life cars onto the streets of San Andreas, one may prefer the look of the original cars.

The Original Vehicles HQ mod changes not only the textures of all cars in San Andreas, but also textures for all the boats and planes.

Nothing better than keeping true to the original artist’s vision, right?

How would GTA5 look on PlayStation 2?

The GTA V Textures For GTA:SA pack brings some seriously good-looking new textures for all roads and streets in San Andreas, as well as textures for select buildings lifted straight from Grand Theft Auto V.

It really makes the whole game look much, much better than before.

Now, if only there was to improve everything else…

If anyone ever told you it’s not possible to have GTA V level graphics in San Andreas, you can leave them with their jaws hanging with the V Graphics Mod.

This mod, which is one of the most complex graphical overhauls ever released for the game, introduces a lot of visual improvements.

Stuff like textures and character models in the style of the latest entry in the series.

Just make sure your PC is up to spec, or your GPU may end up exploding like all those cars you love lining up near Grove Street. Suits you well!

Now that you have textures for characters, roads and buildings taken from Grand Theft Auto V, don’t you think it’s time to complete the picture with a new interface?

The Magic Ultra Graphics is a very cool graphical overhaul that basically improves all visual elements by introducing textures inspired by… you guessed it, Grand Theft Auto V.

The Magic Ultra Graphics doesn’t stop here, as it adds reflections and better lighting, and changes the interface to that of Grand Theft Auto V.

Now do you still think that San Andreas is not on the same level as GTA5?

With the Ultimate Graphics Mod, Grand Theft Auto: San Andreas finally makes the jump into the current generation (er, as best as it can).

I mean, if you’re not really used to low-settings current-gen games then you’ll dig this for sure.

The Ultimate Graphics mod packs an impressive amount of visuals improvements, ranging from high-quality textures for cars and characters models, to a more realistic skybox.

And even our favorite: some anti-aliasing options that will just banish those horrible jaggiespermanently from the state of San Andreas.

There’s nothing more current-gen than anti-aliasing options, I assure you!

Downloading multiple mods and making them work correctly can be as painful as trying to take down rival gangs in the streets of Los Santos.

Thankfully, there’s an all-in-one package that will turn our beloved aging game into a shiny, modern title worthy of remaster status.

Grand Theft Auto: San Andreas – Definitive Edition improves the game in so many ways that it’s impossible to list them all and be brief about it.

Suffice to say, it fixes everything that is wrong with the dated PC port, while introducing massive improvements like smoother 60 frames per second support, anti-aliasing options, and different graphics presets.

Don’t just stand there and wait for the official remaster.

Grab the Definitive Edition mod and show Rockstar Games that you don’t need them to update your favorite game ever!

If the Mod is crashing when trying to Start a new or Load a game, try disabling the HD Peds in the modifications (mod loader) in the settings, then try to start a game then turn it back ON again. 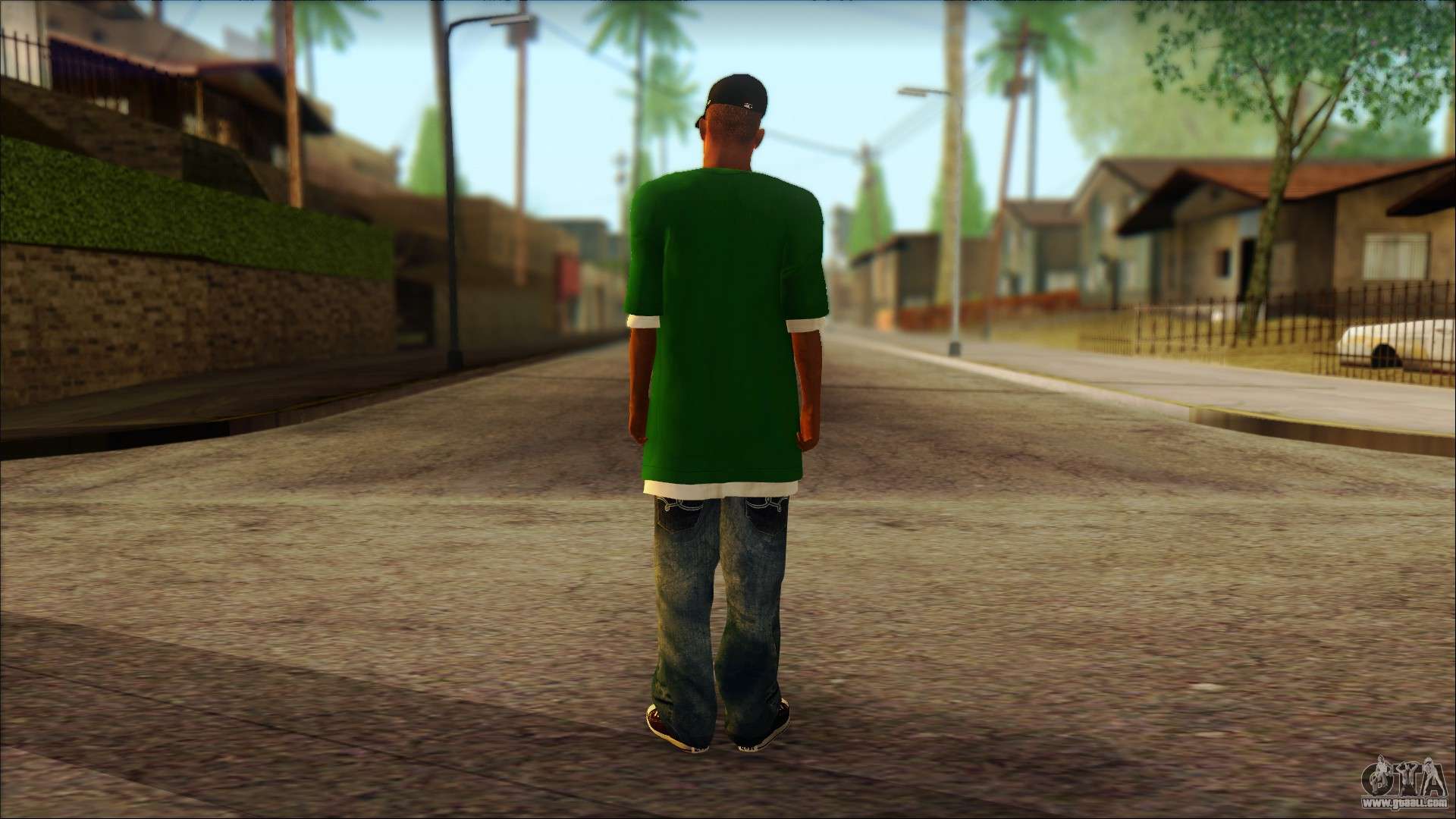